The South African Women’s soccer team, nicknamed Banyana Banyana, made history on Saturday, July 23rd by winning the Women’s Africa Cup of Nations for the first time. The final match of the tournament, played in the Prince Moulay Abdellah Stadium, was between the hosts, Morocco, and fellow finalists, South Africa. The matchup between the two nations would result in a first-time champion.

Morocco had the advantage of being the home team, meaning the majority of the 52,000 people in the stadium roared in their favor. The match saw two evenly matched teams eager to stamp their authority on the game in order to lift the trophy. The first half ended with no goals from either team. The second half of the game told a different tale. South Africa was first to draw blood when Hildah Magaia scored the first goal of the final in the 63rd minute. Morocco was shocked but there was still some time left for them to have an impact on the game. Magaia went on to score another goal less than ten minutes later. Banyana Banyana seemed to be headed for glory. With 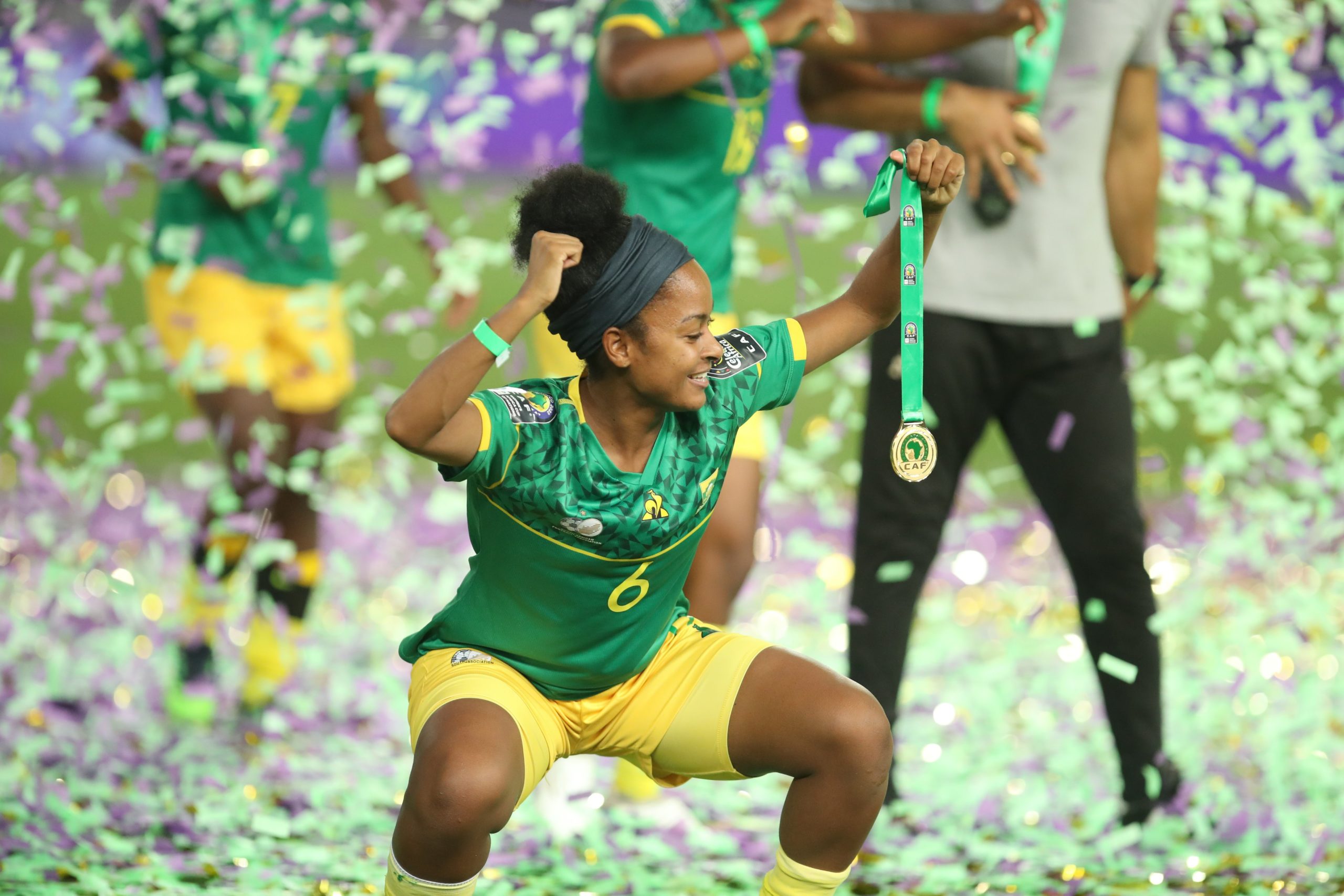 ten minutes of the game left, Moroccan Rosella Ayane scored, allowing many to believe this could be anyone’s game. The South Africans held on with the game ending 2-1, lifting the WAFCON trophy for the first time in the country’s history. To add further joy to their glory, the South Africans had the tournament’s best goalkeeper, Andile Dlamini, and top goal scorer, Hildah Magaia. 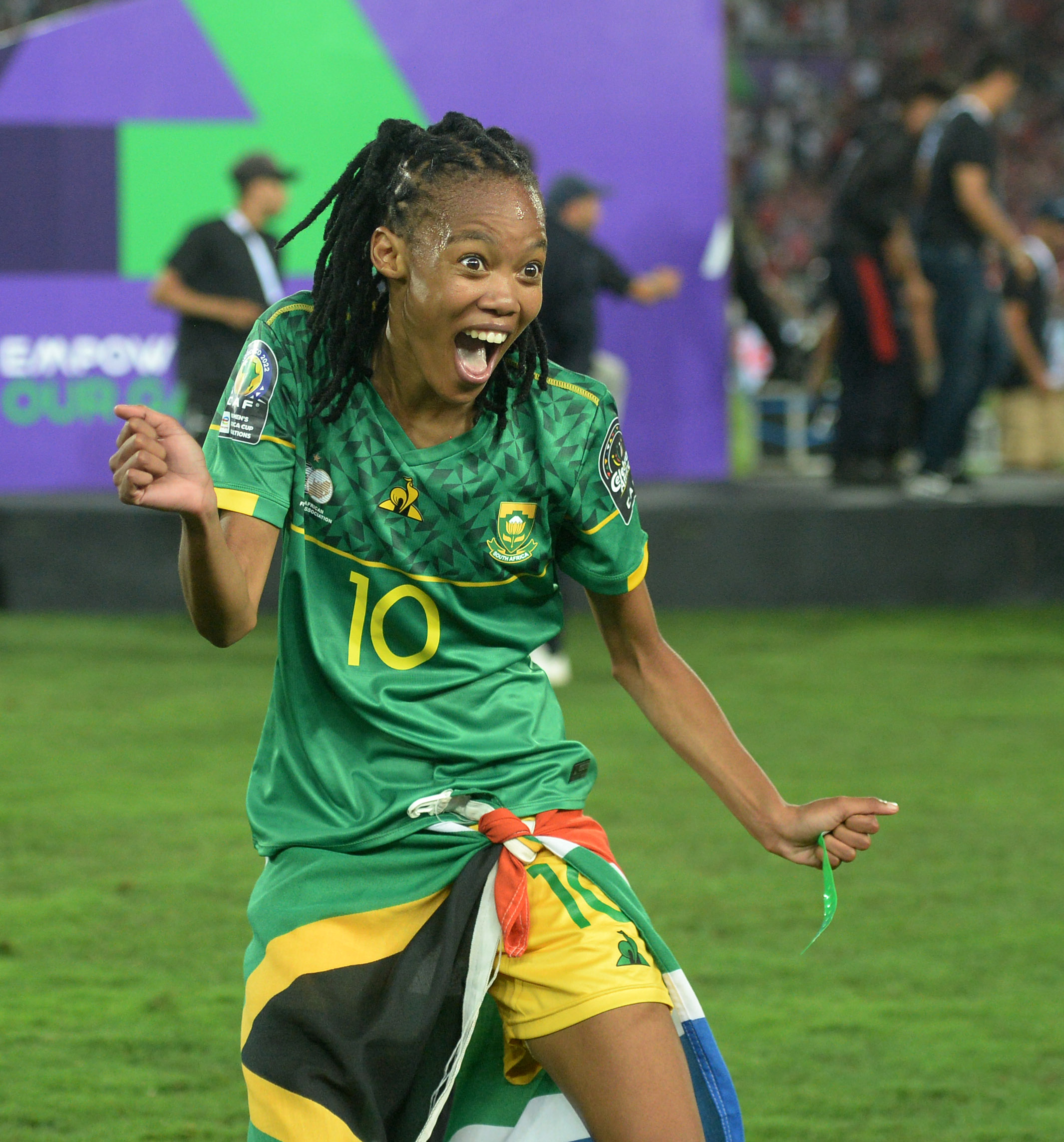 This was the sixth WAFCON final South Africa had participated in, having previously fallen at the final hurdle in 1995, 2000, 2008, 2012, and 2018. This game was the third time Banyana Banyana’s head coach, who is also a former player, Desiree Ellis, led the team at WAFCON. The South Africans will return home having played through the tournament without suffering a defeat. They are the first team to win the tournament without losing a match. South Africa played Nigeria, Burundi, and Botswana to finish on the top of their group. They went on to beat Tunisia and Zambia in the quarter-finals and semi-finals respectively. Winning a tournament has never been easy but Banyana Banyana finally rose to the occasion.

The WAFCON victory comes at a challenging time for South Africa. Their win will add some positivity and lift the spirits of a country that is currently experiencing high levels of unemployment, crime, and power cuts. The celebratory mood is highlighted by the many well wishes and congratulations from several parts of South Africa’s society. President Cyril Ramaphosa congratulated the ladies, claiming that they had promised him that they would return to South Africa with the trophy. Popular radio personality Anele Mdoda has called on local corporate brands to step up and support the women. “Corporates also have to come through with something for the Banyana Banyana. BMW, Mercedes, Audi, where are the car sponsorships? Pick and Pay, Woolies, Momentum, First for Women, Discovery? Magazines: Here are your cover stars so we send them to the World Cup full!” she tweeted.

The calls for support are valid considering the history of Banyana Banyana. The women’s team has never been financially supported, especially when compared to the men’s team by the South African Football Association. There have been multiple stories of insufficient financial support that have led to struggles for the women representing the national team. Banyana Banyana’s victory appears to be a turning point in that regard as they were promised about $24,000 each if they won the tournament. The South African Football Association confirmed that along with the $24,000, the WAFCON prize money would be given to the women as a bonus.

Read our coverage in the LittleAfrica Newspaper. 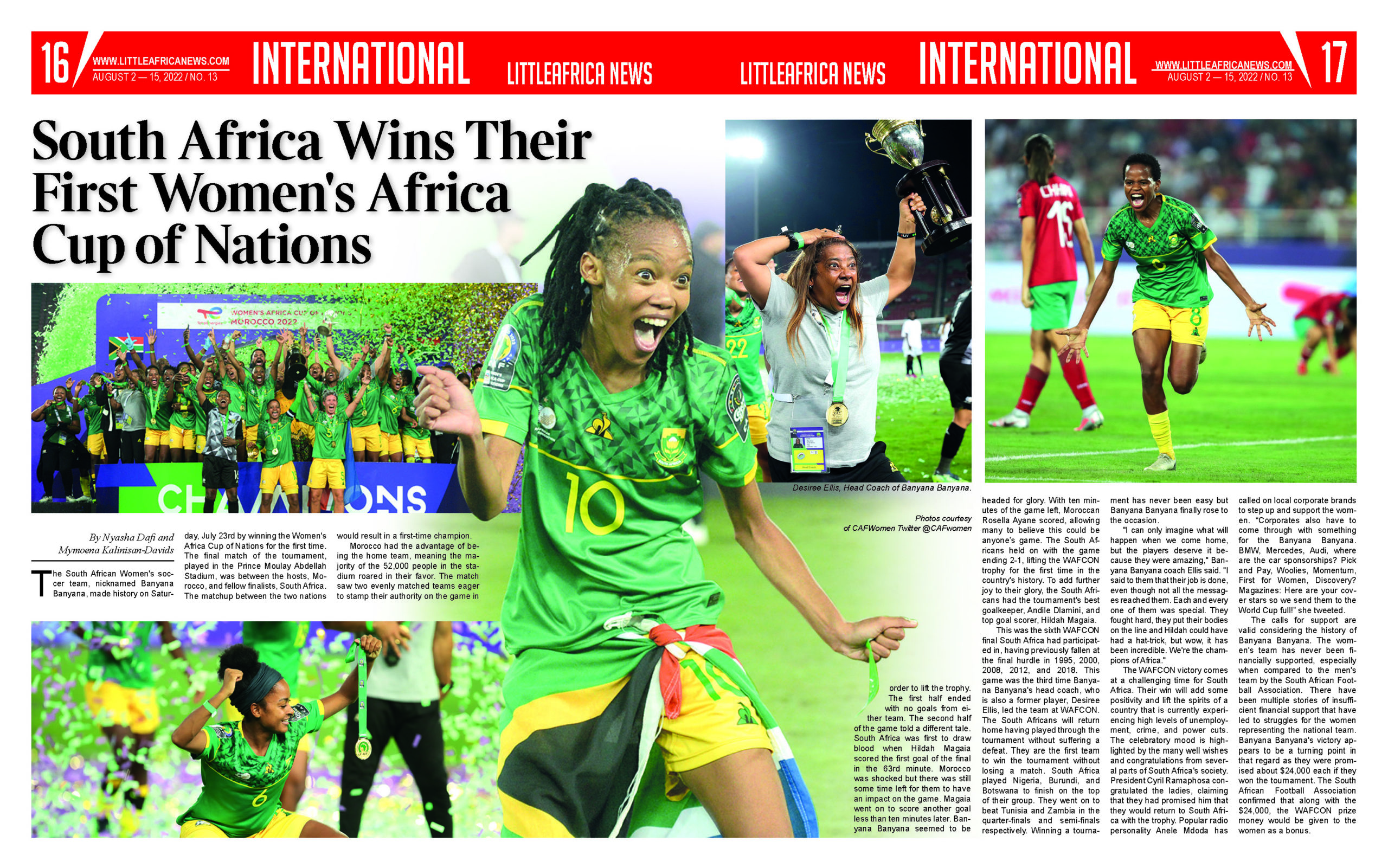