“We heard from parents around notification, and timeframe by which you get notified by your schools when something like a lockdown, shelter-in-place, or an evacuation transpires. . .We heard you when you said principals need to do a better job of making notifications.”
— Chancellor David Banks

With the beginning of the new academic year drawing closer, Chancellor David C. Banks and the New York City Department of Education have indicated that they will be implementing new school safety protocols.

These protocols will act as safety measures against the various forms of violence that occur and can have an effect on schools. These safety measures will hopefully assist in preventing incidents similar to the tragic school shooting that occurred in Uvalde, Texas. 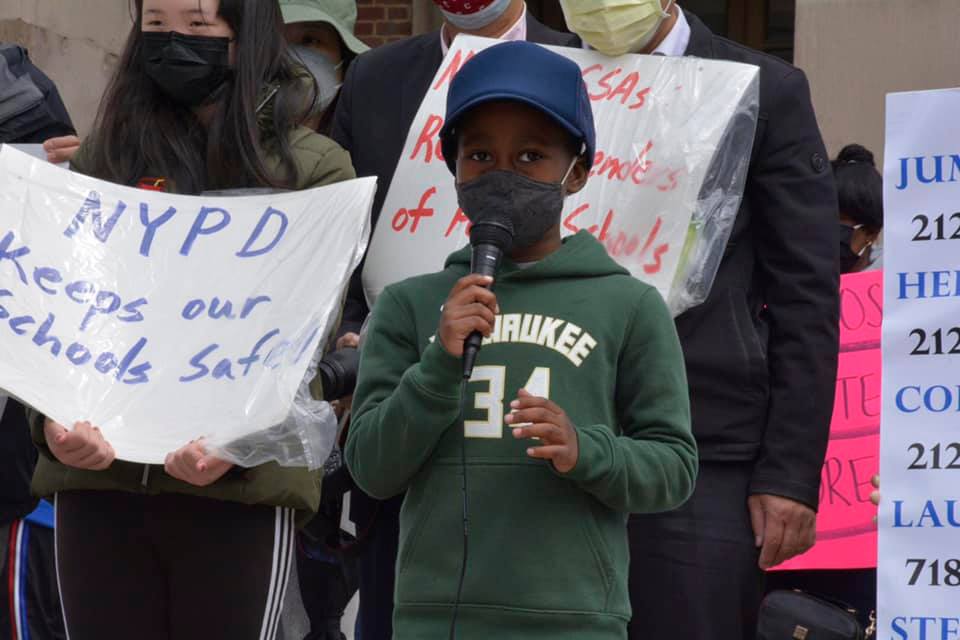 These agents will be a welcome addition to a group of people that serve in schools that are currently understaffed with a shortage of 2,000 School Safety Agents due to Public Advocate Jumaane Williams and the previous city council members cutting funding and preventing the hiring of School Safety Agents for two years. A new class of 250 will be starting 17 weeks of training on August 31st.

He said that there was a shortage of about 2,000 when compared to the numbers pre-pandemic. While he appreciates the new agents leaving the academy and going to schools, he feels as though they are replacements for those that have retired over the last few months. 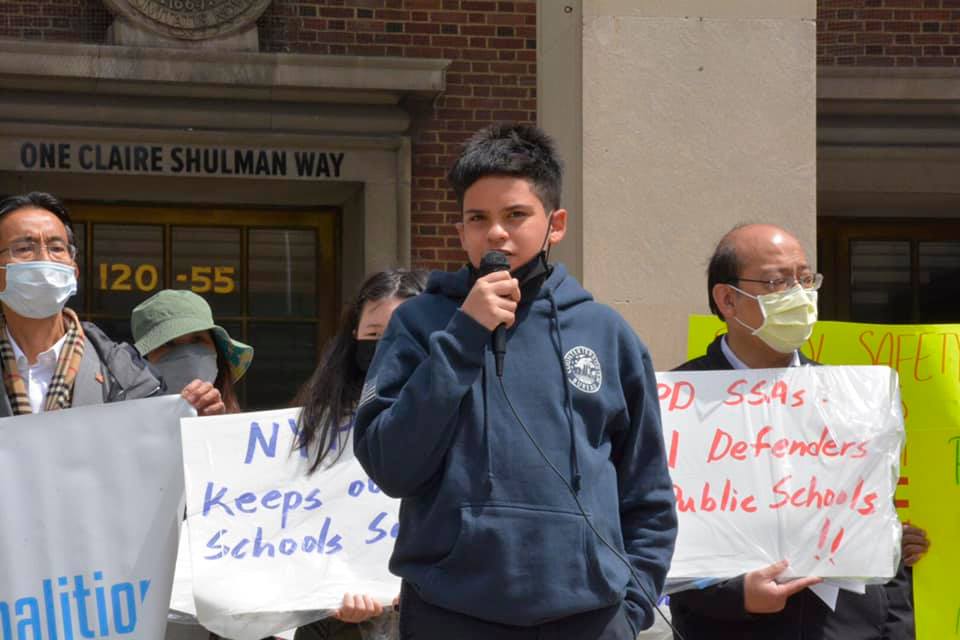 “I’m sure about 175 may have retired since the school year ended,” said Floyd, who regularly receives retiree reports. “You go through the math with people who don’t know the math — and it’s good that you have another class — but you don’t say how many people retired.” An adequate number of school safety agents is required at each school to provide the necessary presence depending on the circumstances.

As a means to improve security at schools, School Safety Agents, principals, and Assistant Principals are undergoing active shooter training. This is in case they face a situation similar to the several school shootings that have taken place across the country.

“We thought fitting, why would we not employ these folks and bring them into our schools to help us ensure the safety and security for our students, staff, and our visitors?” said Mark Rampersant, Director of Security at the New York City Department of Education. Violence Interrupters are volunteers that normally operate in the streets with the main objective of reducing violence and crime that occurs on the streets of the city.

Violence Interrupters are usually former convicts with criminal records. This history of crime, an intimate knowledge of the street, and “street cred” is supposed to help them in the fight against crime. The fact that most, if not all of them, have conviction records is a concern for many parents and educators.

The question has been asked if it would be wise to have people with criminal records working with and around school children. The New York City Department of Education, notorious for not engaging and consulting parents, has not notified parents about their plan to bring Violence Interrupters into the schools.

It would have been an easier endeavor to hire Violence Interrupters if the Clean Slate Act, an act meant to seal the conviction records of people with misdemeanors and felonies, had been passed. This would be done to enable them to get employment and housing. However, the Act was not passed due to the New York State Department of Education’s disapproval.

The New York State Education Department requires everyone who works with students to have a criminal background check. In a memo to state legislators, they said, “While the department supports the very laudable intent of this legislation, NYSED has an acute responsibility to students … that it cannot carry out under the bill”.

Other security measures include an application that will work as an emergency notification system between parents and principals. At a NYC School Safety Coalition town hall meeting held in December, parents complained about the lack of communication by the NYC Department of Education when lockdowns, shelter-ins, and other safety incidents happen in and outside schools.

The notification system will also allow Chancellor David Banks to communicate with parents.

The New York City Department of Education is also looking to implement the locking of front doors. This will be implemented in a manner that prevents an intruder from gaining access to classrooms and specific areas. “We believe that we have a prototype that we are introducing to our schools as we write new policy regarding what it looks like to actually lock the front doors,” Rampersant said.

She shared her opinion on the school safety protocols. Simpkins said she had recently participated in the active shooter training program along with education staffers at the school she works at. She saw the necessity and benefit of the training, highlighting how it clearly defined the roles of the School Safety Agents and educators in a time of crisis.

The topic of the deployment of Violence Interrupters was broached. “What is the point of them being there? What is their goal? What is their main focus and what are they going to accomplish? But the thing is this, what have they done in the past that shows they will be deemed effective to be in the school system? Because their job on the street is not even being done, look at the violence and the crime,” she said.

Simpkins asked all these questions because she felt as though Violence Interrupters would have no role to serve at schools. All the necessary roles are filled by educators and School Safety Agents. While she said she held no grudges against the Violence Interrupters, she did question if parents would be happy to have people with a criminal history around their children. She also insinuated that parents had also not been fully consulted on the deployment of Violence Interrupters in schools.

Simpkins expressed the idea that the way to stop school children from carrying weapons to schools is to stop crime and violence on the street. This is because most school kids carry weapons in order to protect themselves, which is also the reason why a huge number of weapons are always discovered at schools.

Simpkins said School Safety Agents do not carry weapons of any sort as they are not police officers, they are civil servants. There have been talks by certain politicians that say teachers should be armed. Simpkins called this a horrible idea, citing the possibility of the very gun a teacher is armed with being used against the people it will be meant to protect. Simpkins admitted that while a lot of relationships between parents, teachers, and School Safety Agents depend on the circumstances, it would be a great help if everyone played their role and interacted when necessary.