Message from Mona Davids, Publisher of LittleAfrica News on the Race for NY Governor

Message from Mona Davids, Founder and Publisher of LittleAfrica News on the Race for NY Governor

In our July 5th edition following the June 23rd primary election, I stated in my founder’s message, “In the four months leading up to the election, we hope to see Governor Hochul and Congressman Zeldin in our communities engaging us and not taking our vote for granted.”

Within the last 20 years, the African immigrant population grew 246% from 600,000 to 2 million. Africans are the fastest-growing Black immigrant population in the United States. We earn more than $133 billion, pay over $36 billion in taxes, and have a spending power of over $98 billion.

I have spoken to senior leadership in both the Hochul and Zeldin campaigns about their lack of engagement with the Black immigrant community. Since they don’t value my community or engage us, neither will get my vote.

LittleAfrica News is here to deliver hard-hitting news and cover stories relevant to our communities. We cover local, national, and international news. Our newspaper is available in over 400 locations in New York City. 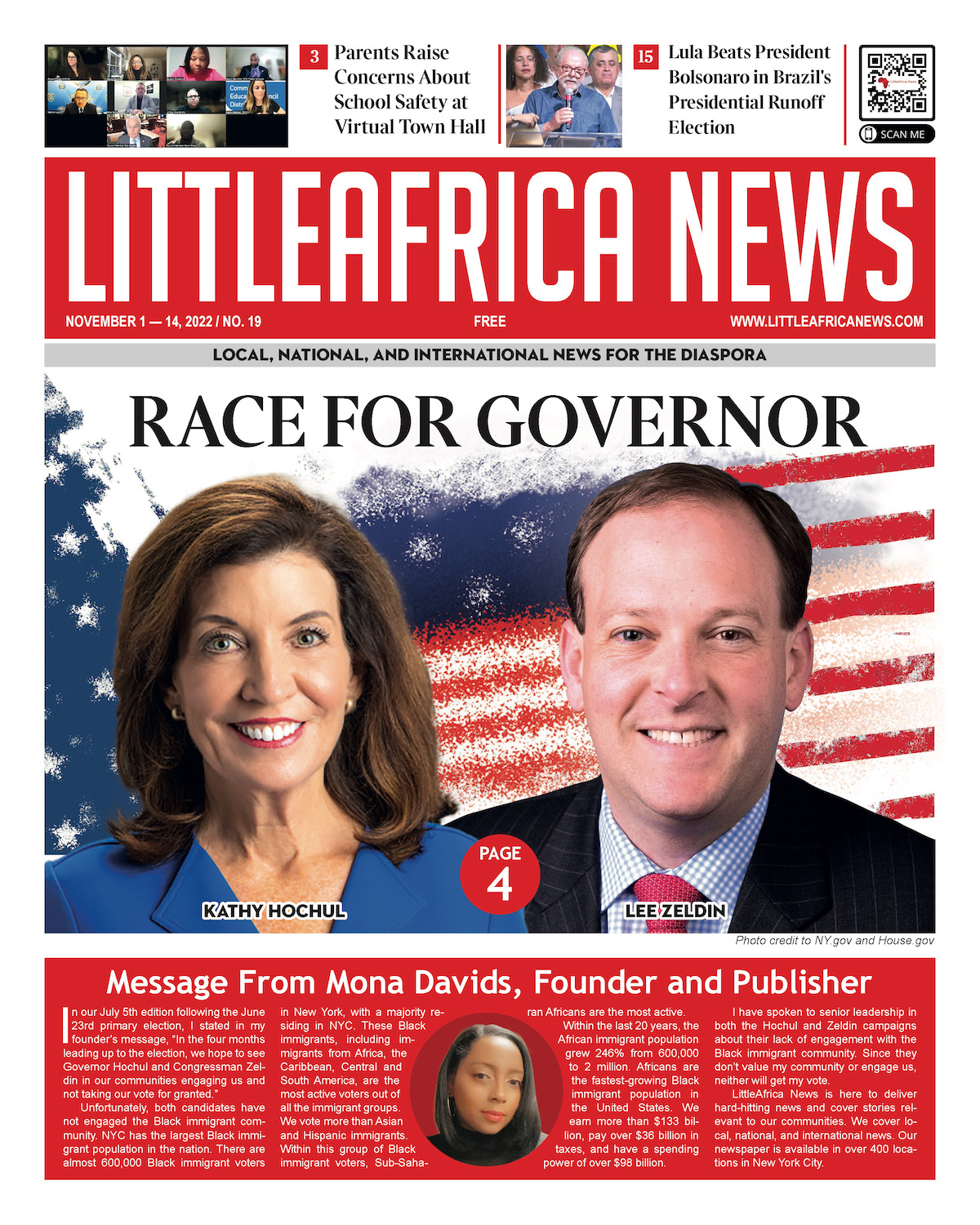