Message from Mona Davids, Founder and Publisher of LittleAfrica News on the Results of the 2022 General Elections

Last week’s elections had the lowest voter turnout compared to previous elections for Governor.  Even in Erie County in Western New York, Hochul’s home county, voter turnout was low. Upstate, where Hochul is from, had lower voter turnout than previous state and midterm elections.

On Staten Island, Republican Sam Pirozzolo won and flipped an always held Democrat seat Red. In Brooklyn, incumbent Assemblymembers lost to Republicans. Hochul has made history as the first governor with no mandate who cost Democrats seats in the state legislature and nationally may cost Democrats their house majority.

Democrats can only hope that she learns to listen to New Yorkers who are concerned about crime, inflation, education, public safety, school safety, and high taxes – otherwise she will be a one-term governor

LittleAfrica News is here to deliver hard-hitting news and cover stories relevant to our communities. We cover local, national, and international news. Our newspaper is available in over 400 locations in New York City. 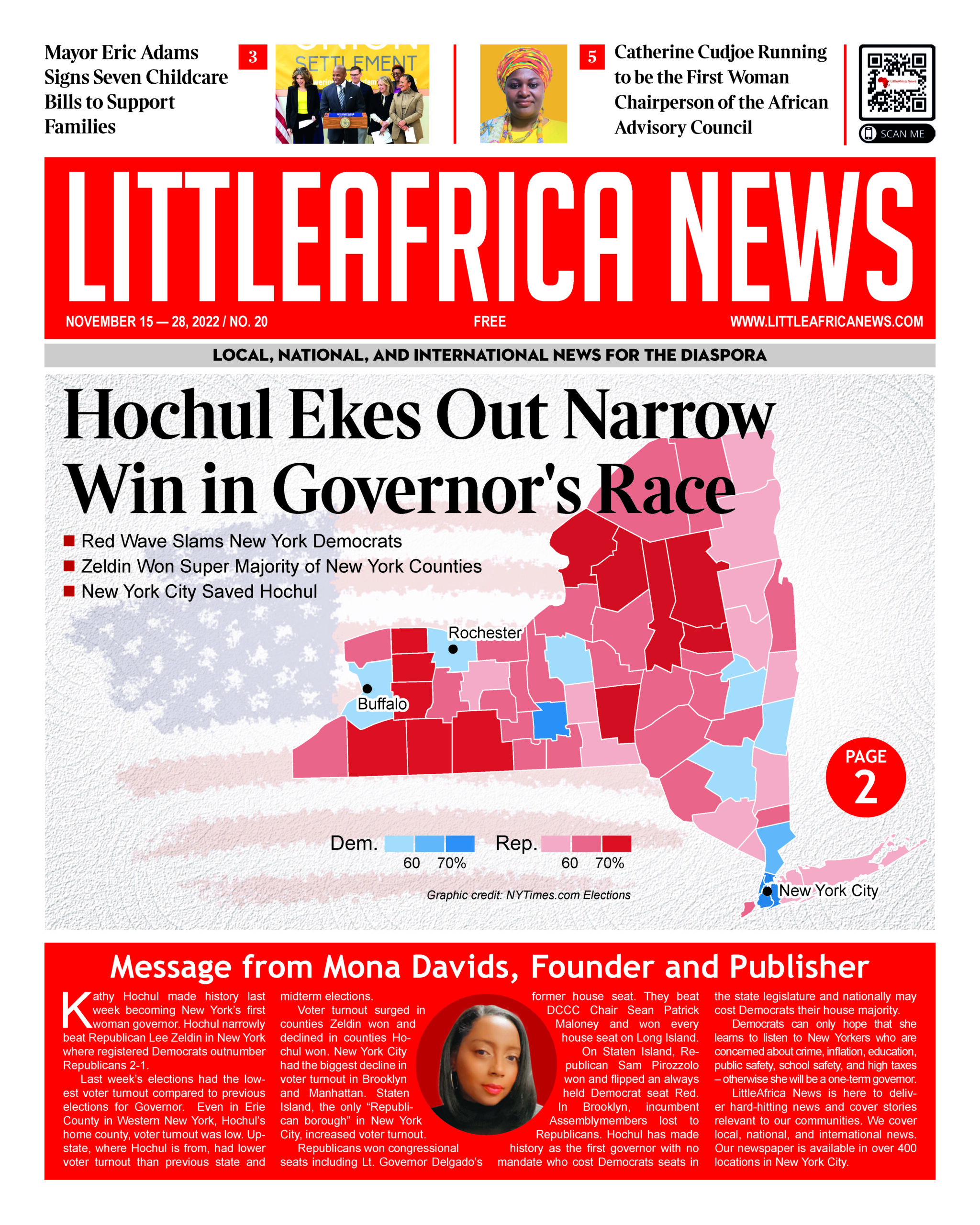