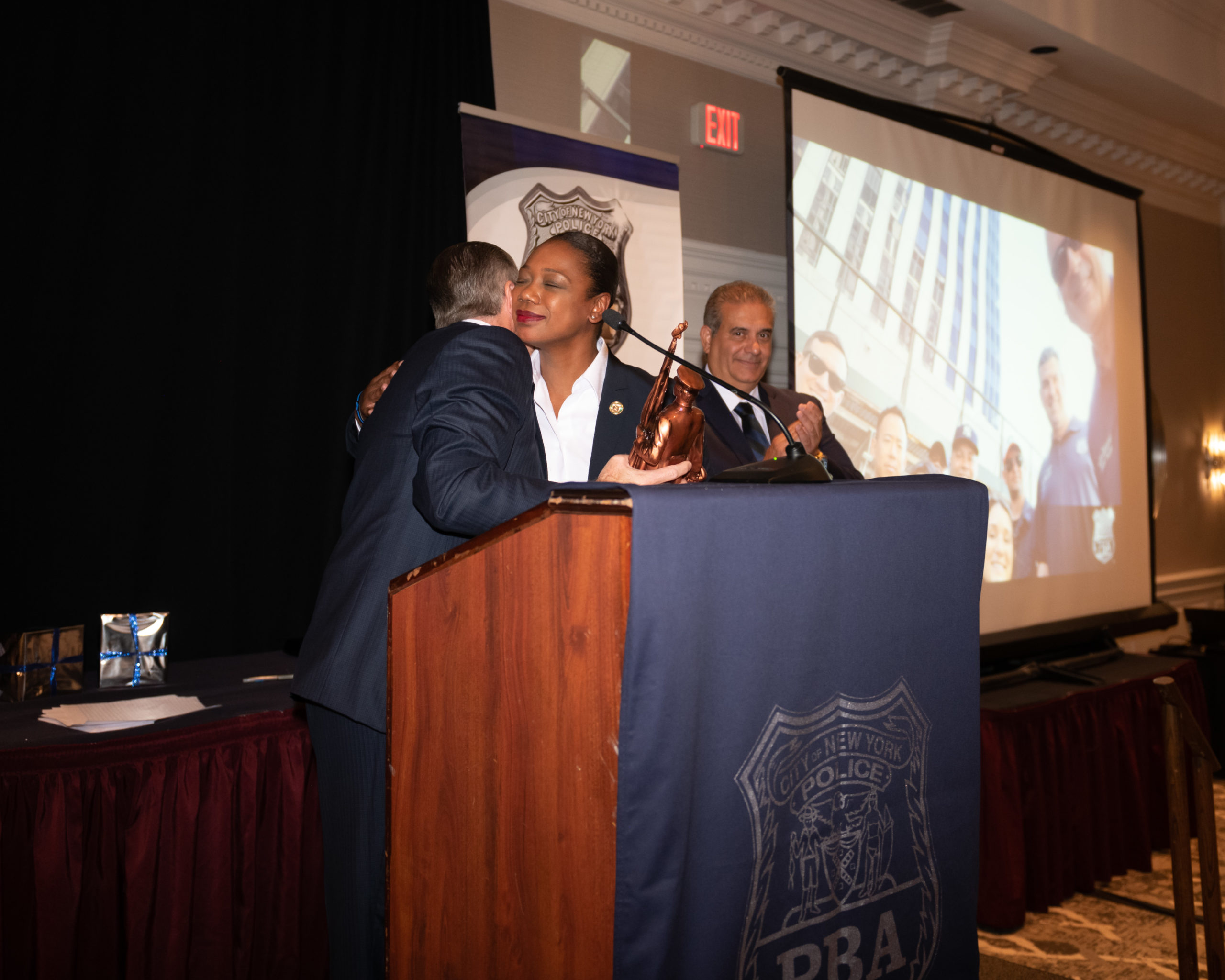 PBA President Patrick J. Lynch said, “We are not simply honoring Police Commissioner Sewell for who she is – we are honoring her for what she has done. Her appointment was indeed historic, but so too were the challenges she has met head-on. She has already steered the department through a series of crises and tragedies that began a mere hours after she was sworn in. Through it all, she has continued to pay close attention to the needs and concerns of cops on the street. That kind of steady leadership deserves recognition.” 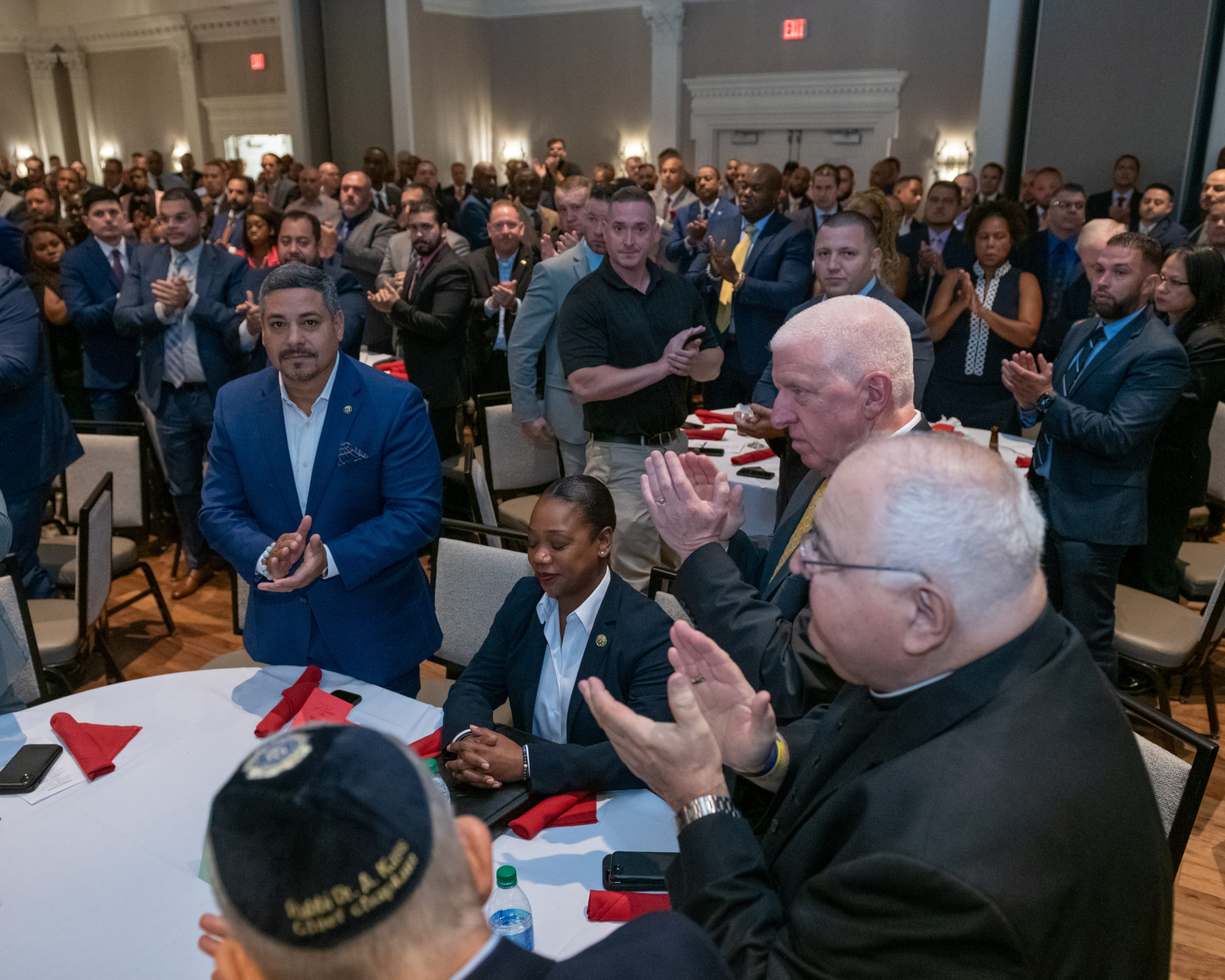 The PBA press release stated, Sewell is an “FBI-trained hostage negotiator, joint terrorism task force member and undercover detective. She joined the Nassau Police Department in 1997 as a patrol officer and soon rose in the ranks, filling many key positions. After commanding two detective squads, she was appointed the Nassau PD’s Chief of Detectives in Sept. 2020.”

Sewell has made a great impression on community leaders throughout New York City.  Jackie Rowe Adams, the founder of Harlem Mothers SAVE said, “The community loves her. The kids and teenagers love her. She is on the ground and engaging everyone. She participated in our chess tournament that pitted our youth against police officers, she attended Harlem Week, she is available to hear our concerns, and listens to our suggestions on how to make our communities safe. She is a true partner to our communities and genuinely cares.” 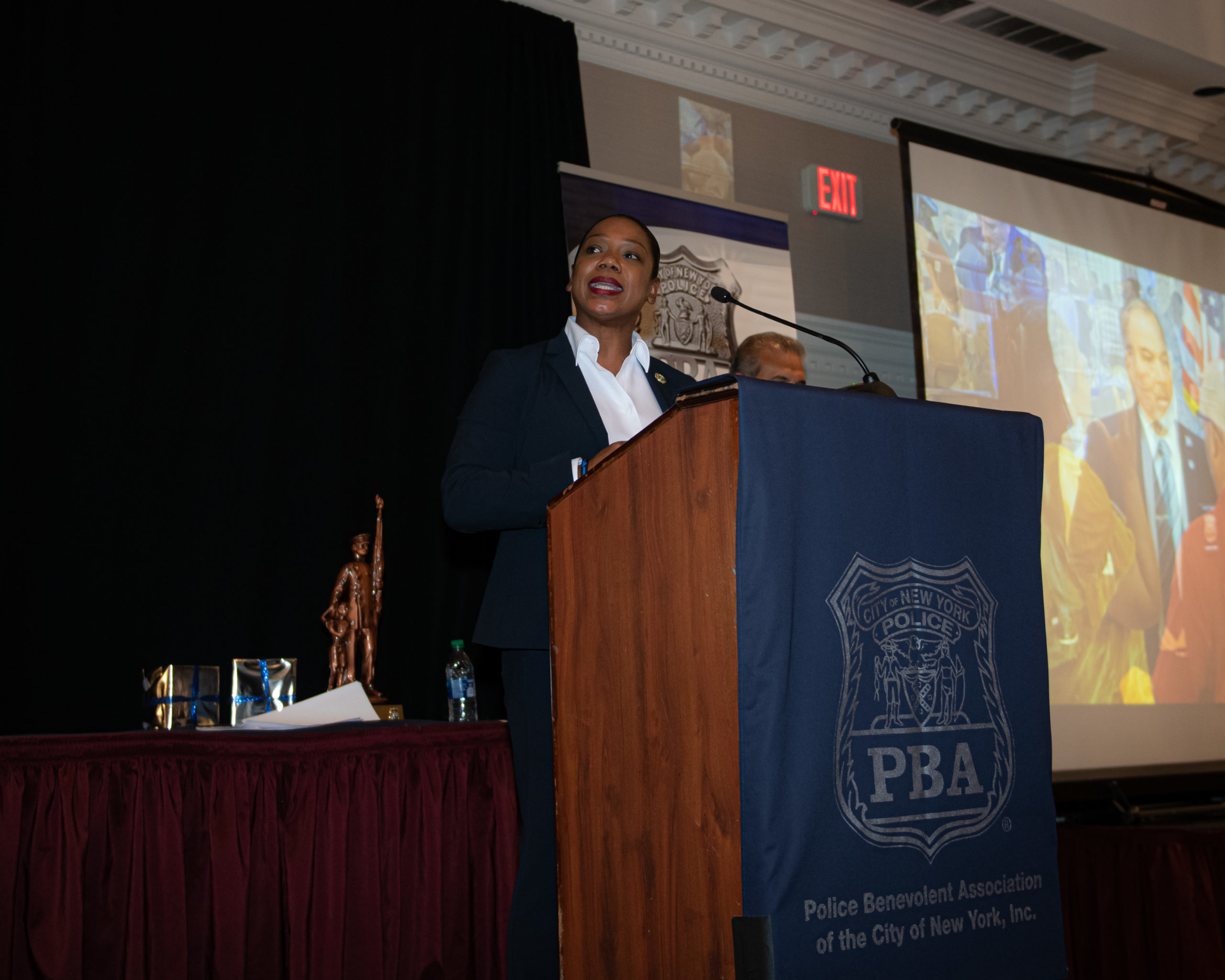 In her acceptance speech, Commissioner Sewell said, “I am truly humbled and honored to receive the PBA’s ‘Person of the Year’ award. And though I am grateful, it is the women and men this union represents who are the ones deserving of recognition. It is each of them on the front lines who selflessly and courageously serve New Yorkers.”

Mayor Adams made an excellent selection in appointing Commissioner Sewell.

Read this article in the LittleAfrica Newspaper distributed in newsstands and bodegas in over 400 locations throughout New York City.  Click here for our digital newspaper.