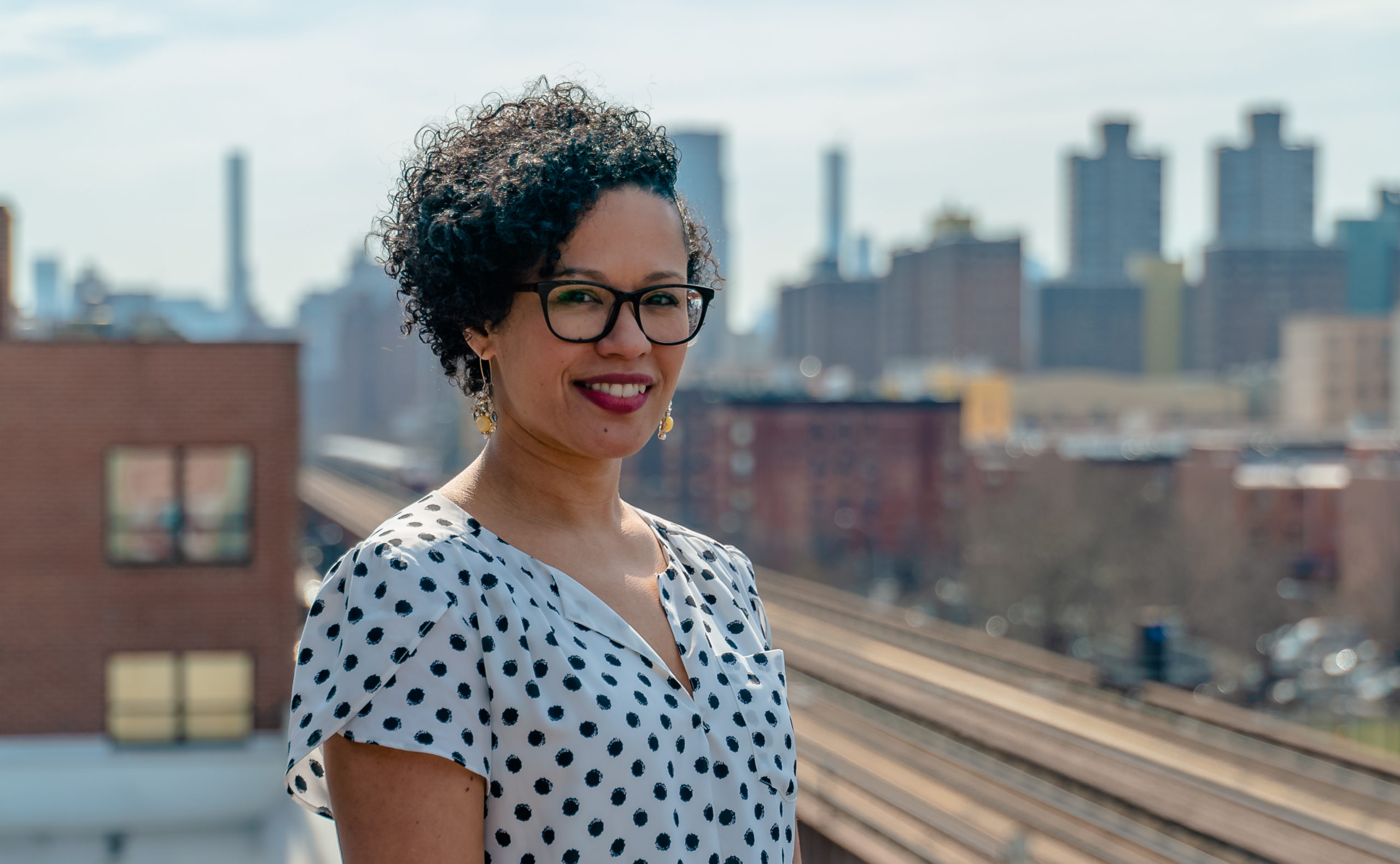 Natasha Trivers is the Chief Executive Officer of Democracy Prep Public Schools. She has served in that position since May 2019. Trivers started her career at Democracy Prep in 2011, starting as the Assistant Principal of the Charter High School. She has served in a number of positions at the educational organization, receiving numerous promotions until she stepped into the role of CEO. Democracy Prep Public Schools is a network of public schools with locations in the Bronx, Harlem, New Jersey, Texas, Louisiana, and Nevada. The schools are publicly funded and are designed to give an extra option to those parents and areas that are dominated by the traditional public school system. 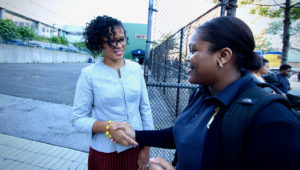 Natasha Trivers was born in Santa Cruz, California. Her mother was born in Jamaica and her father was born in Washington D.C while being of Lithuanian descent. Trivers started life in Santa Cruz, going to school there until she relocated to New York with her mother. Trivers noted a difference between the schools she attended in both states. In California, she attended schools that had a larger number of white students while the schools she attended in New York City had a larger number of black students. Trivers attended most of middle school and high school in New York. She attended a diverse high school that had students from various backgrounds. As a student, she mingled and got along well with her peers regardless of whether they were African-American, Caribbean, Asian, or White. “That’s one of the things I love about New York City. It’s a cultural center, it’s so diverse. You get so much from the city experience,” she said. Trivers is well educated having received a Bachelor’s in English from Rutgers University. She then graduated with a Master’s in English Education from Teacher’s College at Columbia University. She earned another Master’s degree, this time in Educational Leadership from Simmons University in Boston.

On a day-to-day basis, as the CEO of Democracy Prep, Trivers supervises a cabinet of 8 senior leaders. These are people in chief 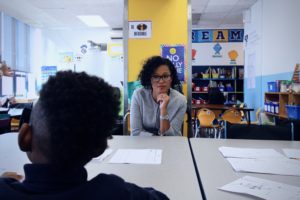 roles and vice presidents that work for the organization. She has meetings with them, finding out how things are progressing and working towards making the organization function better. Trivers and these senior leaders are responsible for knowing everything that has to do with the 24 schools that form the network of the organization. These schools are spread out across the five above-mentioned states. “I also work with 7 different boards. We have boards in each of our five regions. We have a national board and, just this year, we started an advisory board, which makes suggestions to the national board,” Trivers said. She mentioned how the advisory board is made up of 70% of Democracy Prep alumni and is 100% made up of people of color. Trivers maintains relationships with stakeholders and businesses in New York City. “We meet with elected officials, make sure that they understand we are members of their constituency, and communicate what we need for our students and families.” Trivers says that she makes sure to have a relationship with the establishments that do business with Democracy Prep as well as those that are frequented by students of the school.

As a person who has been involved in education for a significant period of her life, Trivers believes in its power and all of its benefits. She stands firmly behind the idea that education is good for people in general and, even more so, for people of color and historically disadvantaged communities. Trivers said in an interview with LittleAfrica News, “I think education is a means to liberation. Hundreds of years ago, in this country, it meant literal freedom, escaping from slavery. But today what I mean by liberation is the means to acquire financial wealth, the means to be critical of institutions of power, and also be able to disrupt systems that are not equitable, [systems] that are not fair.” She went on to emphasize how education makes people, especially the younger generation, realize how much power they have. Reading, general numeracy skills, and computer coding are the subjects she feels are vital. She believes that coding and programming should be regarded as highly as sciences like biology, chemistry, and physics are. “It’s a science of the future and we want our young people to be the makers and creators, not just consumers, of what other people are making,” she added.

When it comes to the curriculum of Democracy Prep, at the elementary and middle school level, the focus is on teaching reading 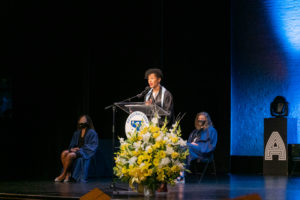 and writing. “Reading is so foundational. We want to make sure our students have strong literacy skills to build on.” Trivers mentions how they also focus on educating the children in core sciences and how, in the future, computer sciences will also be taught to the younger students, not in high school. The younger students at Democracy Prep are provided with a variety of art subjects that include visual arts and dance. Extra-curricular activities include chess and robotics. The education at the high school level is geared towards preparation for college. The students enroll in advanced placement courses in all subjects. There is also a strong Civics curriculum which includes a Change the World course for seniors. The course touches on the various social movements that made an impact all over the world. In the second half of the year, the senior students will have to do a project. This project requires the students to look at any problem in the world, attempt to solve it, and write a 15 page on their solution.

Trivers enjoys spending most of her free time with her three children. She particularly enjoys sitting and talking to her son, who is 21 years old. She feels as though she can learn a lot about the younger generation from him. Some of the activities she enjoys partaking in with her children include hiking and visiting the park. “In terms of music, I love reggae music. That’s definitely because of my Jamaican roots but I also think it’s the type of music that connects people together,” she opines. Trivers says she loves movies but she simply does not have enough time for them so she mostly watches a good limited series. Trivers claims she is hopeless in the kitchen but at least her husband makes up for where she lacks. “I’m a foodie. I love almost every kind of food,” she says. The fact that she travels into New York every day makes it great for her because she can visit the many, diverse eateries in the city.

Trivers is a friendly person who knows what she believes in and stands by it. Her vision for the future of Democracy Prep Public Schools is improvement and making the schools more accessible to underserved and under-resourced areas but doing all of that with an emphasis on quality.