On Thursday, October 27th, Laura Kavanagh was officially appointed as the 34th Fire Commissioner of the Fire Department of New York. Mayor Eric Adams made the announcement that Kavanagh would take on the top role after serving as acting Commissioner since the retirement of former commissioner Daniel Nigro in February 2022. 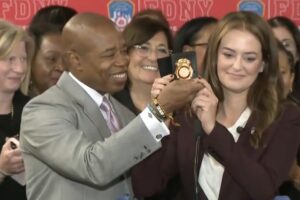 This appointment makes Kavanagh the first woman to serve as Commissioner of the FDNY in its 157-year history. SHe will over the department’s 17,000 members including firefighters and emergency medical workers.

Kavanagh has received the all-essential support of the FDNY rank and file. “We congratulate her. She’s a great candidate. She’s a champion who fought for EMS and will continue fighting for us,” said Oren Barzilay, president of Local 2507, the union representing the FDNY’s EMTS, paramedics, and fire inspectors.

Kavanagh has worked in the FDNY since 2014, serving in multiple leadership roles as she rose in the ranks. She played a significant role in the FDNY’s response in the battle against COVID-19 and during the Ebola outbreak in NYC in 2015.

One of the more important matters she placed at the forefront in the FDNY was diversity. She wanted to see transformation in a fire department that had a 75% majority of white men. According to city statistics, only 1% of the FDNY workforce comprises women. 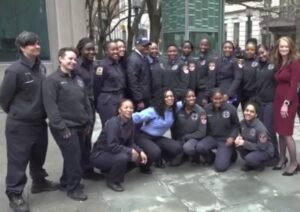 The incoming commissioner recently spoke in favor of legislation that would lead to the hiring of more minorities and women. She acknowledged that while there was a desire within the FDNY to improve diversity, there were challenges caused by the current hiring process.

Kavanagh has not served as a rank-and-file member of the FDNY but she has significant administrative and political experience. She served in City Hall as a special assistant to former mayor Bill de Blasio. She has also worked on re-election campaigns for the former mayor as well as former President Barack Obama.