The 1st All Black Team to Summit Mount Everest:

History was made on Thursday, May 12th, 2022, when Full Circle Everest became the first climbing team fully made up of black people to successfully climb to the top of Mount Everest. The seven members of the team who made it to the summit are Manoah Ainuu, Eddie Taylor, Rosemary Saal, Demond Mullins, Thomas Moore, James “KG” Kagami, and Evan Green.

“I am deeply honored to report that seven members of the Full Circle Everest team reached the summit today (May 12),” team leader Phil Henderson said in a post on Full Circle Everest’s Instagram. “While a few members, including myself, did not summit, all members of the climb and sherpa teams have safely returned to Base Camp where we will celebrate this historic moment!”

Members of the group participated in intense training for a few months in preparation for a challenging climb. The team, with the help and support of sherpas, left their camp on May 2nd and managed to get to the summit ten days later. The moment of reaching the top of the mountain was a historic achievement.

“We’re all Black people … there is a lack of representation of Black people in mountaineering and in high-altitude mountaineering,” Henderson had previously said in 2021. “There’s so few of us at this level that it’s our duty, in a sense, to bring this to our communities, to our young people and talk about the benefits of being outdoors and connecting with nature and having a healthy lifestyle throughout their lives.”

Full Circle Everest is mostly made up of Black people……

Full Circle Everest is mostly made up of Black people from the United States except for one member. James “KG” Kagami is a 62-year-old man from Kenya. The former teacher quit his career as a primary school teacher and became a mountaineer.

While he was climbing various mountains all over the world, he continued on a path of educating those who know little about mountain climbing. He became an educator in the United States, working for the National Outdoor Leadership School (NOLS) in Wyoming.

“I stopped being a classroom teacher a long time ago when I joined NOLS (National Outdoor Leadership School based in Lander, Wyoming). And they gave me contracts all over the world. I’ve worked in Chile, I’ve worked in India, I’ve worked in North America.

They trust me so much that whenever they have new rangers, they’ll ask me to go and train them on first aid,” he said in an interview. Kigami is an experienced mountain climber and Henderson, the leader of Full Circle Everest, convinced him to join the team because he would add value.

Kigami became the first Kenyan to reach the top of Mount Everest, becoming a national hero in the process. “Right after summiting, everything just went crazy. The president wants to meet me. I cannot even think of how it will be when I arrive. I’m not looking forward to that because I don’t like being overrun by so many people.

But I know it’s so important to Kenya. And I expect — I not only expect, I know — that there’ll be a lot of people at the airport waiting for me,” he said referring to his recent achievement.

Climbing Mount Everest is a challenging prospect that if not carried out with utmost care, preparation, and skill, may lead to injury or death. The challenge of climbing the mountain is made far easier by the presence of Sherpa. The Sherpa are native to the land, with an intimate knowledge of the mountain and all the aspects linked to it. While Sherpa often means ‘mountain guide’, it refers to an ethnic group.

Full Circle Everest made it a point that the Sherpa who guided the climbers up the mountain were acknowledged and recognized as a vital part of the community. The team made sure the Sherpa were paid a respectable wage, which according to reports was higher than normal. “Every year, Sherpa climbing guides help hundreds of mountaineers up Everest,” the group said in a statement.

The Full Circle Everest team made history by doing what has not been done before and hopefully, their efforts encourage more Black people to explore these non-traditional spaces. 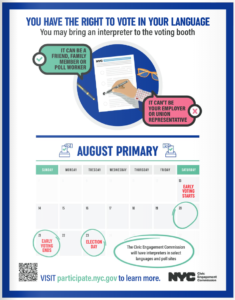