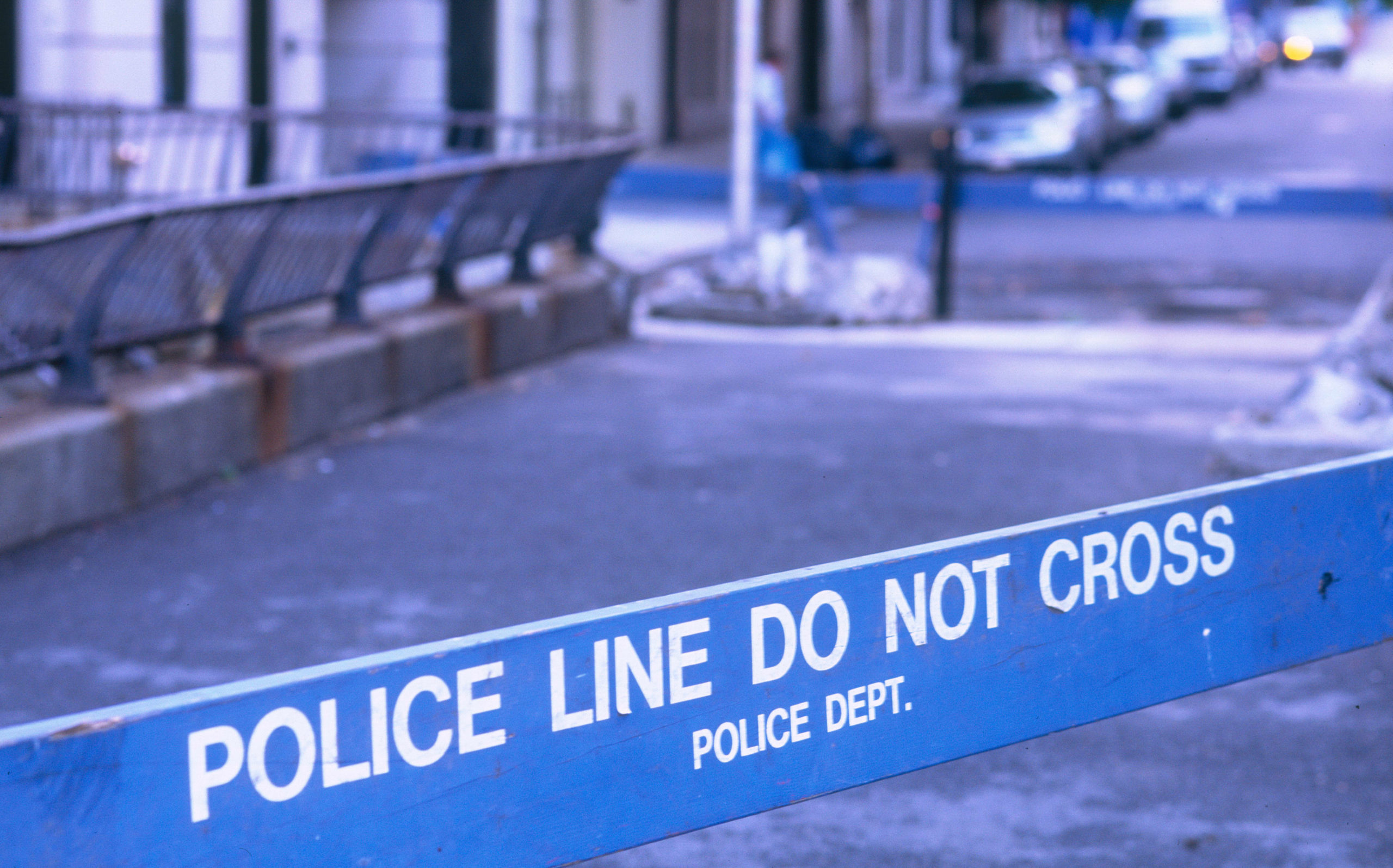 2022 has been a bad year for New York City when it comes to crime. Every day, there is a serious crime being committed in the city. It has become so bad that the city can be likened to a real-life Gotham City. On Tuesday, March 15th, a shooting took place in the Bronx leaving one man dead and another injured. The deceased, who was shot in the chest, succumbed to his injuries and was pronounced dead after arriving at Lincoln Hospital. The survivor suffered an injury to his leg and has been reported as being in stable condition.

Another shooting took place in the Bronx in the early hours of the same morning. A 21-year-old man was fatally shot in the torso. Police officers from the 46th Precinct made their way to the scene of the crime after a 911 call only to discover that the victim of the shooting had already been transported to the BronxCare Health System Hospital on Grand Concourse.

On February 8th, two men committed a robbery while impersonating police officers. At 3:20 am that morning, the 41-year-old man was pushed against a car by the two men. They identified themselves as police officers before going through his pockets, stealing his wallet, ID, keys, and cellphone according to the police. The suspects made their escape in a Honda CRV with Florida license plates. Police are still looking for the assailants.

The pattern of crime continues on the subway with three separate attacks taking place on Tuesday, March 15th. The three victims in each of these incidents were attacked with varying weapons. The first attack took place on the A Train in Ozone Park. A 25-year-old man was hit over the head with a bottle by a man who appeared to be in his 30s, according to the police. The suspect, who was dressed in dark clothing, fled the scene of the crime. The reason for the attack is not clear. The victim was treated for a cut to his head at Jamaica Hospital Medical Center. Later that same morning on a northbound E train at the World Trade Center Station, a 36-year-old man was slashed on the hand and underarm by a 29-year-old woman. According to the police, the victim was taken to Bellevue Hospital while the suspect was arrested, with charges pending. On the evening of that same Tuesday, a random attack took place in Manhattan when a 27-year-old man was slashed across the face. The victim had been standing on a mezzanine at the 168th Street-Washington Heights 1 train station in the early evening when he was attacked. The victim was taken to Harlem Hospital where he was reported as stable. The suspect managed to flee before any action could be taken against him.

In what is one of the most frightening crimes to take place in the city recently, two shootings took place in Soho on the morning of Saturday, March 12th. These crimes were allegedly committed by Gerald Brevard III. Labeled a serial shooter, he is accused of committing a string of 5 shootings against homeless men in both Washington D.C and New York. Three shootings took place in Washington while the other two occurred in New York. The killing spree is believed to have started on March 3rd in Washington. Of the three shootings that took place in D.C, one was fatal. It is not known when Brevard traveled to New York, but he proceeded to commit crimes upon arrival in the city. Of the two homeless people shot in Soho, one died. Ballistics tests showed that the same weapon was used in all five shootings. Brevard, who is said to have been homeless as well, was taken into custody in the capital on Tuesday, March 16th.

Continuing the trend of a rise in acts of violence, a shooting spree took place in the city during the weekend of March 18th to the 20th. According to police reports, twenty-nine people were shot in 24 different incidents. The shooting incidents were so frequent that some took place within minutes of one another across the city. The victims of the shootings suffered varying injuries ranging from minor to fatal. A victim was grazed in the arm in an unsuccessful drive-by while a customer in a Brooklyn deli was shot fatally in the head. 9 people were shot in nine incidents on Friday while, over the following two days, a grand total of 20 people were shot in fifteen incidents.

Mayor Adams’ plans to make the city safer have not been as successful as he has planned. “Adams is marching toward his 100th day in office with grand pronouncements of his national relevance, along with healthy poll numbers and no shortage of confidence. But even supporters of the mayor are beginning to raise questions about whether his strategies will work,” said Errol Louis in an Op-Ed for the Intelligencer. Adams has received criticism for plans that have been cited as more “flashy” than effective. He ordered NYPD chiefs, the highest-ranking uniformed police officers, to regularly patrol the subway. The idea received backlash from former NYPD Commissioner William Bratton who called the idea unsafe and said it could endanger the lives of chiefs and the general public. There is currently a prison to shelter pipeline in place that is creating these problems, with some leaving shelters because of fear for their safety. The levels of assault and murder in the subway are at a high that hasn’t been seen in 25 years.

Crime in the city never rests. There is no reprieve for the citizens with crimes occurring left and right. Peter Panthier, a 26-year-old man from Brooklyn, was shot at point-blank range at 8:10 pm on Saturday, March 26th, in Far Rockaway, Queens. Panthier was shot by a man who had been walking, seemingly peacefully, by his side. The murder was captured on camera with the footage being released by the NYPD. Panthier fell down after the shooting, with his attacker fleeing on foot. The victim was taken to St John’s Episcopal Hospital where he was unfortunately pronounced dead. “Something has to be done,” grieving mother Joycelyn Dodds Panthier said as she called on Mayor Eric Adams to do something about the crime in the city.

On the same evening, two men were stabbed outside a pizzeria after they intervened in the mugging of a 61-year-old woman. The two men are Cazim and Louie Suljovic, father and son. Louie Suljovic is the owner of the pizzeria in Queens known as Louie’s. The Suljovics were stabbed several times, suffering injuries that include a punctured lung. The two men are being treated at Elmhurst Hospital. The 61-year-old woman was attacked by two men who had approached her from behind. She was also stabbed during the mugging but had not noticed at the time. The suspects in the crime, Robert Whack and Supreme Gooding, were arrested and charged for their crimes. The two are facing charges of robbery, assault, and criminal possession of a weapon. Whack faces a charge of attempted murder as well. The pair of suspects have a history of crime with several other charges for past offenses.

On March 31st, a 12-year-old boy was fatally shot in the head while sitting in a parked car with his family. A 20-year-old woman, who was in the driver’s seat, was also shot several times. An 8-year-old girl, who was sitting in the back seat of the vehicle, was unharmed. The boy was reportedly hit in the chest and head while the woman was hit in the right cheek and upper leg. The shots came from 2 black sedans which sped away from the scene after at least 11 shots to the vehicle. It is unknown at this time whether this family was being targeted. Many in the Brooklyn community heard the incident when it happened and are now mourning the loss of life. In an interview following the incident, Rhonda White said, “Now I’m hearing that a child has been killed. I have lived in Brooklyn all my life and I thought we were past this sort of thing. But it’s déjà vu. There’s constant fear. The evil has come back to the city.”

Mayor Adams arrived on the scene Thursday night and in a press conference, said “We’re going to catch this shooter. But as long as we have guns and a revolving door system, we’re going to continue to come to crime scenes like this. It’s time for it to stop.” The crime spree in the city is bound to continue unless drastic, viable, and long-term solutions are brought to the table.

Zhiwen Yan, a 45-year-old delivery man, was shot and killed while he was waiting for a red light to turn green at an intersection in